Momentum’s latest arts campaign introduces a thrilling new take on the vampire film to New York City. The agency is working with More Art, a nonprofit that fosters collaborations between professional artists and communities, to promote NYsferatu: Symphony of a Century. The film is an animated re-imagining of the seminal 1922 silent film Nosferatu, itself an adaptation of Bram Stoker’s Dracula.

The new hand-animated film by acclaimed artist Andrea Mastrovito resets the film in New York and features more than 35,000 original drawings designed to emulate the eerie flickering look of early silent cinema. The work combines music and community engagement to create a powerful and poignant statement about the horrors of the unknown and the inspiring search for liberty.

More Art is hosting a series of free screenings in public parks, cultural institutions, and venues across New York this summer and fall. Momentum’s publicity for the film includes major features in Vice Creators and Newsy. 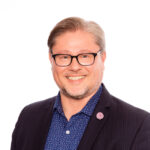